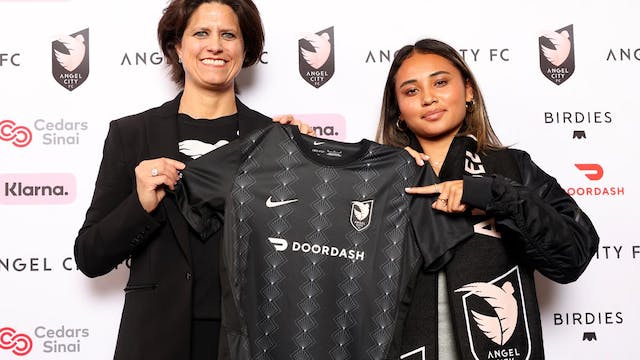 The GIST: BMO is expanding its soccer pitch. Yesterday, the Canadian financial services company became a founding partner of NWSL club Angel City FC (ACFC), marking one of its first American soccer sponsorships and its very first in the women’s game.

The details: ACFC president Julie Uhrman said BMO initiated contact with the club, and the parties quickly aligned on values. The partnership specifics reflect that — BMO will sponsor a content series on equity discussions in the LA area and will also donate 10% of sponsorship funds to Girls Play Los Angeles as part of a club initiative.

The context: The company is a longtime sponsor of MLS’ Canadian teams, but yesterday’s deals are its first foray into American soccer. The new agreements also come a day after BMO received the all-clear to acquire the California-based Bank of the West for $16.3 billion. Big spenders.

Zooming out: California is an attractive market for brands, and BMO’s newest deals indicate that soccer is a notable part of that appeal. The women’s game is instrumental to the state’s soccer scene — both ACFC and San Diego Wave FC were NWSL success stories last year — and companies like BMO are taking note. Golden state, indeed.