WTA: Staying out of China 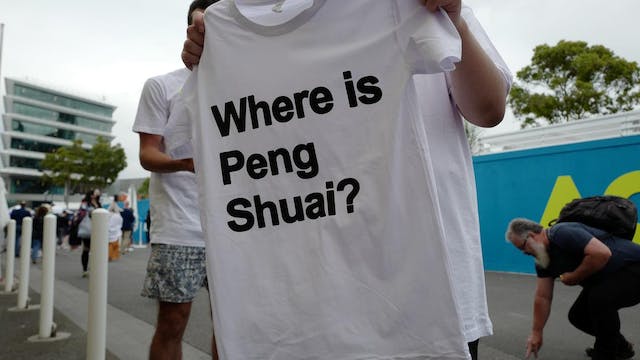 The GIST: Doubling down on its December announcement, WTA CEO Steve Simon said last week that the association will not host tournaments in China and Hong Kong through the end of 2022 as it works toward a “comfortable resolution” between Peng Shuai (pronounced PUNG sh-WAY), the Chinese government and the WTA.

The background: Peng, a former world No. 1 doubles player, accused China’s ex-vice premier Zhang Gaoli of sexual assault in November. Her post on Weibo — a Chinese microblogging site — was quickly censored and Peng disappeared, both online and IRL, for 18 days.

The business context: Pre-pandemic, China was a hub for women’s tennis — the WTA held nine tournaments in the country in 2019 and had a 10-year digital partnership with Chinese streaming platform iQiyi worth $120 million. Half of those events have since been rescheduled to take place in the U.S. or in other Asian countries.

Zooming out: Many venues have filled China’s void since the WTA pulled out of the country, begging the question: Can these new markets become long-term, lucrative homes for women’s tennis? There’s plenty of opportunity — China’s strict COVID-19 regulations led the U.S. government to encourage citizens to leave the country earlier this month.