WNBA: Top stakeholders are mapping out a bright future after record breaking season

September 21, 2022
It was a WNBA season for the record books, showcasing the strengths of the league’s current structure.
Sports BizBasketball 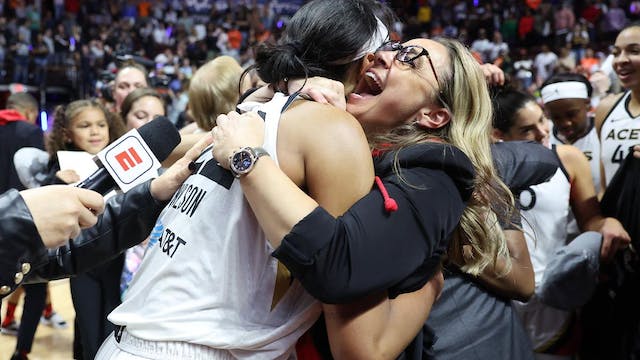 The GIST: It was a WNBA season for the record books, showcasing the strengths of the league’s current structure. But while the champagne still flows in Las Vegas, many of the W’s top stakeholders are mapping out an even brighter future. Time to take things up a notch.

The next steps: To continue the league’s upward trajectory, commissioner Cathy Engelbert said that the W will double its marketing budget for 2023. Plans include increased messaging around rivalry games and players like league MVP A’ja Wilson and All-Star Game MVP Kelsey Plum from the Aces and Atlanta Dream rookie Rhyne Howard.

The model: At a franchise level, the Aces arguably created the blueprint for success on and off the court in 2022. Owner Mark Davis has poured money into the team since his 2021 acquisition, including inking coach Becky Hammon to a seven-figure deal and Wilson to a maximum contract. You have to spend money to make money.

Zooming out: The W is ready to take an aggressive growth strategy and borrow investment patterns from men’s sports. A newer team in a younger league is already benefiting from this approach — NWSL expansion team Angel City FC booked $35 million in sponsorship revenue before ever taking the field. It’s the future we can see.