The GIST: After requesting a trade in June, Kevin Durant celebrated the anniversary of his contract extension with the Brooklyn Nets on Monday by giving owner Joe Tsai an ultimatum: trade him or fire general manager Sean Marks and head coach Steve Nash. The audacity.

The why: Since Durant joined the squad three years ago, no banners have been raised and the Nets “super team” suffered two disappointing playoff exits following Durant’s return from a ruptured Achilles in 2020.

The demands: The ultimatum is just another in a long list of orders from the 12-time All-Star who was instrumental in strong-arming big names like James Harden to come to the Big Apple and who asked former teams Oklahoma City Thunder and Golden State Warriors to retire his jersey. Yes, seriously.

What’s next: With training camp looming, will Durant forfeit a slice of his $44 million salary to follow in the footsteps of teammate Ben Simmons and sit out until he gets what he wants? 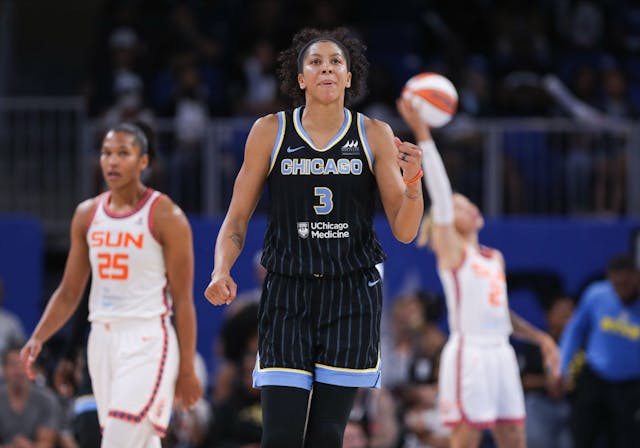 The GIST: Like an extreme game of musical chairs, six teams are still in contention for three playoff spots, with less than a week to go in the WNBA regular season. Let the games begin.

On the bubble: With the Indiana Fever eliminated, the Dallas Wings, Atlanta Dream, Phoenix Mercury, NY Liberty, Minnesota Lynx (including Napheesa Collier, who returned to the court yesterday, less than three months after giving birth) and LA Sparks are left to battle it out.

Key matchups: Needless to say, there’s a lot riding on tonight’s 8 p.m. ET tilt between the No. 6 Wings and No. 9 Liberty. Dallas can clinch with a dub, but maybe NY superstar Sabrina Ionescu (pronounced yo-NESS-coo) will make more history? 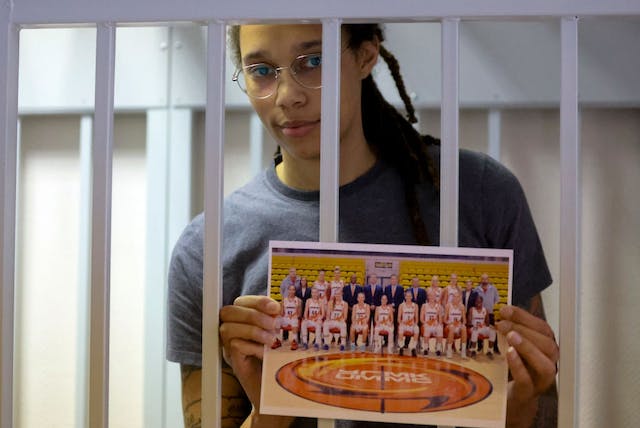 The GIST: Six months after her arrest, wrongfully detained Phoenix Mercury star Brittney Griner (BG) was found guilty of bringing drugs into Russia and sentenced to nine years in a Russian penal colony yesterday. Gutting, but a crucial step in the efforts to bring her home.

The context: BG’s sentencing, which also included a fine of $1M rubles (~$16.4K US), was widely expected as Russia wraps up their largely performative legal proceedings. Russia publicly stated that they would not discuss a prisoner swap (such as the one proposed by President Biden last week) until after BG’s trial was over.

The response: Biden deemed the sentencing “unacceptable” and called on Russia to release her immediately. Meanwhile, the basketball world continues to rally around BG, with countless athletes tweeting their sympathies and sharing words of support. 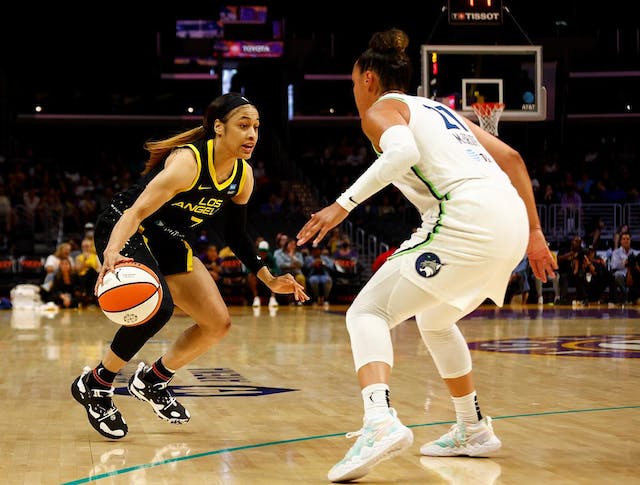 The GIST: It’s time to get’cha head in the game. Content and gamification platform Gaming Society — already a partner of the WNBPA — teamed up with the WNBA yesterday. The pair launched the Bet On Women Predictor Game, a free-to-play (F2P) game where users predict game outcomes and player performances to try and win prizes.

Game details: W players will promote the game as part of the partnership. As for the contest itself, participants can answer basketball and W pop culture questions for every remaining game this season, and Coleman said the company plans to expand the product next year.

The company: Gaming Society raised $3.5 million this spring, of which some was directed toward initiatives that specifically center women, like its WNBPA partnership. The Predictor Game provides natural avenues to both tap into the W’s existing fanbase and support the league’s upward growth trajectory, per Coleman.

The trend: The timing couldn’t be better for the betting-inspired game — sportsbooks are expected to rake in $3.6 billion in the U.S. this year and the take could grow to $9.5 billion by 2027. The rising revenue reflects the larger gamification industry, which was valued at $198.4 billion in 2021, and is projected to be worth $339.95 billion in less than five years.

Zooming out: The accessibility-focused F2P strategy has its benefits. The global market revenue for free mobile games has steadily increased in recent years, and is expected to generate $78.74 billion in 2022. Dub incoming? 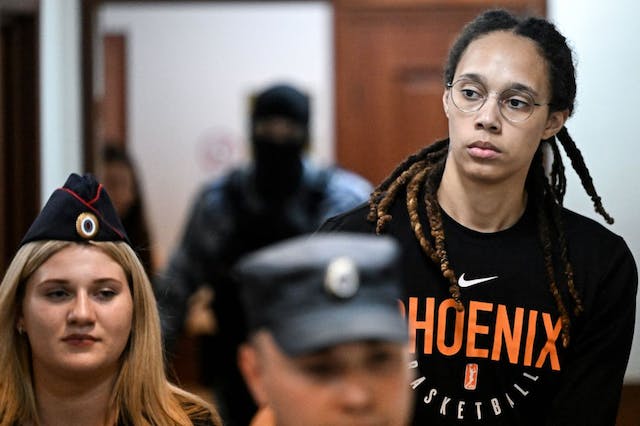 The GIST: After repeated pleas for action, the Biden administration made a major move Wednesday in the effort to free Phoenix Mercury star Brittney Griner (BG) from her wrongful detainment in Russia. Needless to say, the ball’s in Russia’s court.

The latest: Per CNN, the Biden admin reportedly offered convicted Russian arms dealer Viktor Bout (known as “The Merchant of Death”) in exchange for the release of Griner, as well as American Paul Whelan, a security director accused of espionage.

What’s next: Now it’s up to Russia to accept or reject the deal. A Kremlin spokesperson said yesterday that prisoner swaps are typically only made public after the deal’s been finalized, a noteworthy response in itself given they didn’t immediately shoot down the offer.