January 20, 2023
On Wednesday, the league announced a preseason game between the Chicago Sky and Minnesota Lynx at Toronto’s Scotiabank Arena on May 13th that may serve as a bellwether for the city’s expansion credentials.
Sports BizBasketball 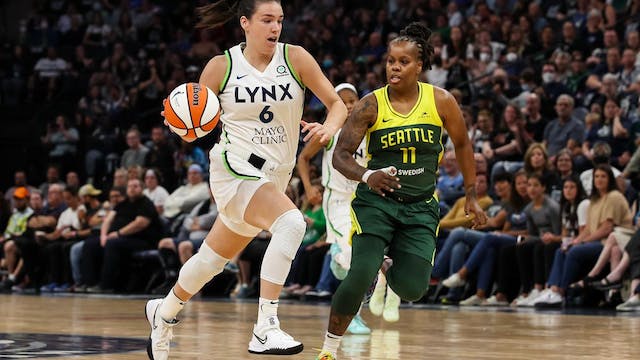 The GIST: The WNBA’s first-ever Canada game is officially hitting the court. On Wednesday, the league announced a preseason game between the Chicago Sky and Minnesota Lynx at Toronto’s Scotiabank Arena on May 13th that may serve as a bellwether for the city’s expansion credentials.

The details: NBA Canada and Maple Leaf Sports & Entertainment (MLSE) — owner of the NBA’s Toronto Raptors and Scotiabank Arena — will partner with the WNBA to host the inaugural event. MLSE will also help promote the game, while Sportsnet and TSN will air the matchup across Canada, and WNBA League Pass will carry the game stateside.

The expansion angle: Though the league remains tight-lipped as it vets 10 prospective ownership groups, commissioner Cathy Engelbert did confirm the 6ix is in the mix. This preseason trip represents a major test for Toronto as it competes for a new WNBA franchise.

Zooming out: Toronto will likely be the only expansion candidate able to bolster its case with a standalone event, a huge advantage as it competes against other cities with minimal women’s sports experience to back up their candidacy. Of the markets listed in a report last year, only Portland currently hosts a women’s sports team.