A new era for U.S. Soccer with JT Batson as its new CEO and secretary general 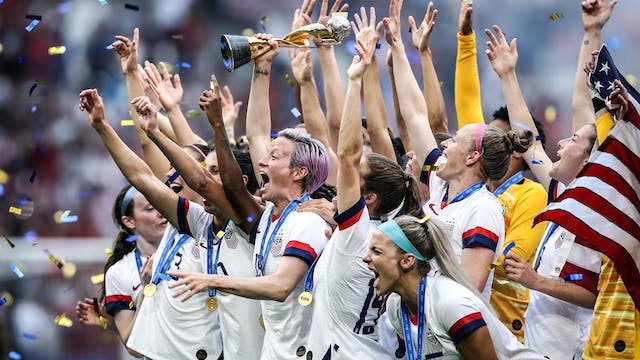 The GIST: On Monday, the U.S. Soccer Federation (USSF) announced media, advertising and technology exec JT Batson as its new CEO and secretary general. Batson is replacing Will Wilson who, after two years at the helm, is stepping down to “pursue new professional ventures and opportunities.”

The context: Why the outside-of-sports hire? For the first time in 20 years, USSF is preparing to bring commercial rights in-house starting in 2023, and with vast entrepreneurial experience, Batson seems poised for the job.

The structure: Batson will work alongside Cindy Parlow Cone, the first female USSF president, who was recently elected for a second term after first earning the position in March 2020.

The next steps: In the short term, Batson will be focusing on enriching the 2026 men’s FIFA World Cup, hosted by the U.S., Canada and Mexico. He’s looking to leverage the home-field advantage and lobby government officials to help make soccer accessible to all. The more people play, the more people watch and buy.

Looking ahead: Although Batson may not have the typical sports CEO resume, he does have the mindset the USSF needs now — growing soccer at all levels. After a prolonged fight over equal pay, Batson is refocusing the ship on growing the game and USSF revenue.