September 02, 2022
Serena Williams isn’t the only one picking up wins during her farewell tour.
Sports BizTennis 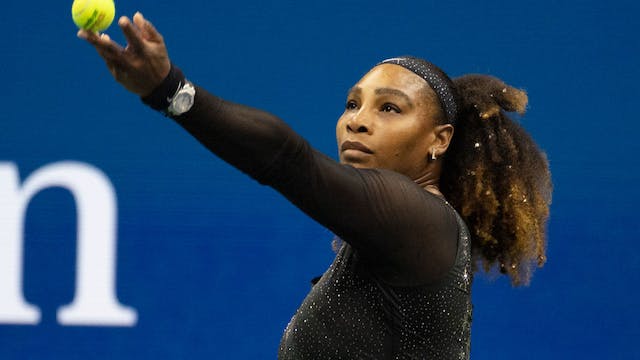 The GIST: Serena Williams isn’t the only one picking up wins during her farewell tour. Hype is building as the 23-time Grand Slam champion continues her run at the US Open, resulting in record engagement and a major impact on the market. Just another ace from the GOAT.

By the numbers: While Williams shows up on the court, fans are showing up off it.

The price tag: The ticket price to see Williams face Ajla Tomljanović (pronounced EYE-luh tuhm-YAH-nuh-vitch) in tonight’s third round surged 143% to $530 in the 24 hours after Serena beat Kontaveit, with the cost rising more than 900% (!!!) since July. As a whole, the ticket price for all third round matches has risen 221% in the same time.

The bottom line: Williams will continue to be the top news story during her US Open run. Passionate fans are ready to show their support through all available avenues, something unique to a generational talent like Serena. Simply the best.