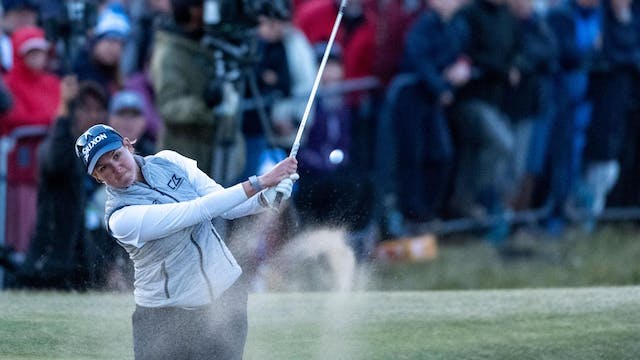 The GIST: The AIG Women’s Open has a shiny new champ in South Africa’s Ashleigh Buhai and a new sponsor in HSBC. The bank became a partner of the golf major on Thursday, becoming the latest company to land on the women’s putting green.

The details: HSBC’s five-year deal with the Open’s parent, The R&A, sees the multinational bank extending its partnership with the men’s event while sponsoring the women’s tourney for the first time. Talk about a stellar stroke.

Zooming out: The LPGA and its championships continue inking commercial partners, and it’s no surprise why: the tour’s audience is surging — over 72 million Americans engaged with the LPGA last year, up from 52.4 million in 2019. Add that to this year’s record total kitty of $95 million and you have a hole-in-one.