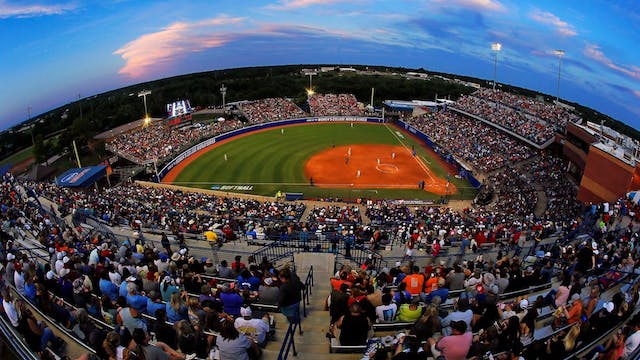 The GIST: This year’s Women’s College World Series (WCWS) is scoring win after win. Over one million viewers tuned in to Texas' victory over Arkansas on May 28th and the tourney is breaking IRL attendance records, too, selling out the recently renovated 13K capacity USA Softball Hall of Fame Stadium in Oklahoma City.

The context: The softball boom isn’t exactly new. An average TV audience of 1.2 million caught the 2021 WCWS, which also set the previous 11.5K attendance record — a record only possible after 2018–2020 renovations increased stadium seating by 4K. If you build it, they will come.

The brand support: Fastpitch’s growing media exposure has brands stepping up to the plate. The sport slides in fifth in name, image and likeness (NIL) compensation, raking in 2.1% of all deals. The WCWS has big-name sponsors, too — it counts Capital One, Pizza Hut, Coca-Cola, Powerade and more as partners.

Zooming out: The WCWS’ victories can be attributed to its de facto status as the main event in softball. No U.S. or international equivalent has hit the same heights yet — softball is an on-and-off Olympic event, returning for the 2020 edition after being left off the permanent roster following the 2008 Games.