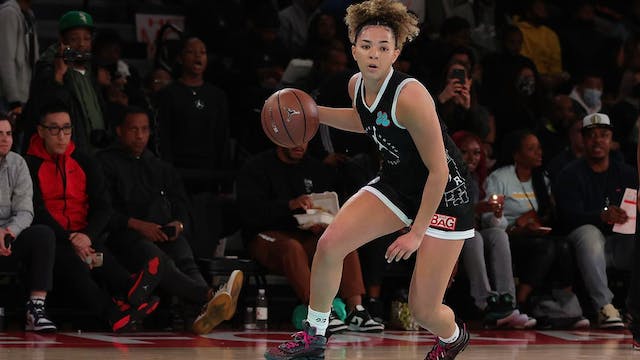 The details: The collaboration actually tipped off back on October 26th, when Rice gifted Jordans to her teammates after practice. Rice will rep Jumpman on the court when the college basketball season begins next week, and will also work with the brand on initiatives to better gender equity in sports.

The context: Jordan Brand’s sales have grown 65% in the last five years, and will surpass $5 billion this year. Outside of Rice, the Nike subsidiary is making a dent in the college basketball space by partnering with six schools (including UCLA) and supplying their athletes with gear. Upward trajectory.

Zooming out: A company’s first foray into NIL always feels like a statement, and Jordan Brand’s decision represents a clear vote of confidence in women’s college hoops and a bet on Rice to become one of the sport’s next stars.