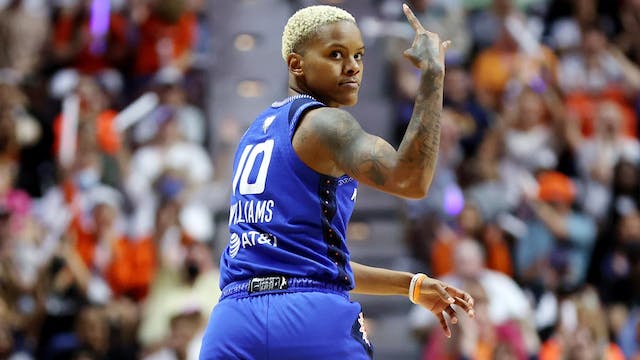 The details: Williams will rock the new Neovolt Pro shoe during the 2023 WNBA season, while also promoting Moolah Kicks through social media, brand appearances and fan activations. The partnership materialized after Williams met Moolah Kicks founder Natalie White during the footwear brand’s partnership with the Sun earlier this year.

Zooming out: The company is making headway on its ambitious goal to dethrone Nike as the shoe of choice for women’s basketball’s best. A whopping 69.5% of sneakers worn on WNBA courts in 2022 were designed by Nike, and the top five were made in collaboration with NBA stars.