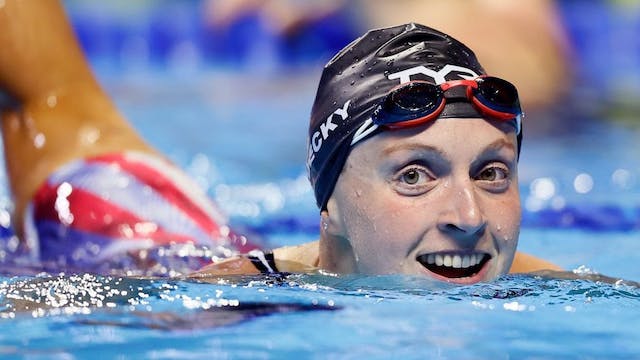 🏊‍♀️Swimming: We’re four days into the U.S. Olympic swimming trials and Katie Ledecky has already qualified to compete in three events at the upcoming Tokyo games...and she’s probably not done there. Ledecky could qualify for two more events before qualifying action wraps up Sunday.

🏀WNBA: Not only has the W been bringing the spice off the court, the on-court action’s just heating up. On Tuesday, Sue Bird moved into second on the all-time three-pointers list. Meanwhile, the inaugural Commissioner's Cup race is still tight with under a month remaining. And, lucky for us, 10 of the league’s 12 teams play tonight. Grab some popcorn and tune in.

⛳️Golf: ICYMI, we spilled the tee on golf’s hottest rivalry in yesterday’s Special Edition U.S. Open newsletter. As for the actual competition, plenty of Americans are in contention for the title (it is the U.S. Open after all!), but we’re pulling for Xander Schauffele (pronounced SHAW-fuh-lee), who, fun fact, played high school golf at this year’s course, Torrey Pines.

⚾️Baseball: After blowing a 7–0 lead on Tuesday, and losing again to the San Francisco Giants yesterday, the Arizona Diamondbacks are on the verge of making the wrong kind of history. If they drop today’s 3:45 p.m. ET game vs. the Giants, the D-backs will set the record for longest road-losing streak in MLB history. Uh, congrats?