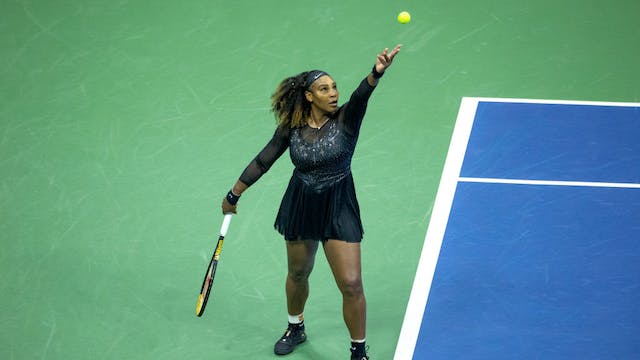 The GIST: The Serena Williams effect is going strong. The 23-time Grand Slam champ opened her final US Open with a straight sets win on Monday, much to the delight of the crowd and Williams’ sponsors. Shine bright like a diamond-encrusted, figure skating–inspired outfit.

The tributes: Brands led the way in off-court celebrations. Williams’ longtime sponsor Gatorade changed its logo from the iconic “G” to an “S” on social media and lined up Serena’s close pal Beyoncé to narrate its “Love Means Everything” tribute. Nothing like female friendship.

Zooming out: True to form, Williams’ farewell tour is blazing a trail for female athletes, especially Black female athletes, by driving record engagement. The US Open and ESPN are already reaping the rewards of Williams’ tennis swan song, and brands are poised to realize similar benefits.