Sam Mewis is USWNT Player of the Year 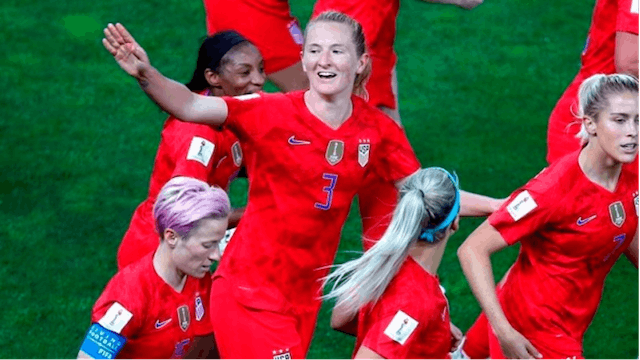 ⚽️Soccer: Midfielder Sam Mewis was named the 2020 U.S. Soccer Female Player of the Year on Saturday. Mewis anchored the North Carolina Courage throughout the NWSL Challenge Cup and then took her talents across the pond to compete for Manchester City, already netting six goals. Well deserved!

⛳️Golf: What’s a girl gotta do to get paid? Oh, just win the CME Group Tour Championship, the LPGA’s final tournament of the year. World No. 1 Jin Young Ko claimed victory yesterday, and with it, a $1.1 million paycheck. Not a bad Sunday at the office.

🏀Basketball: If you missed WNBA superstar Liz Cambage as much as we did last season, we’re here to assure you that she’s doing just fine in the land down under. After Cambage opted out of the 2020 WNBA season with medical exemption, she stayed in her native Australia and later played in the Women’s National Basketball League (WNBL).