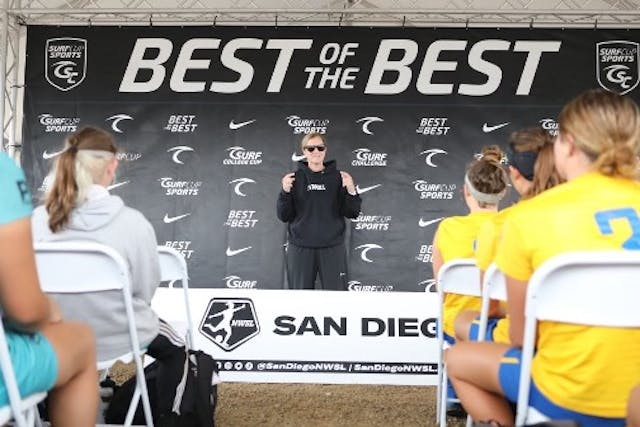 ⚽️NWSL: San Diego’s new NWSL squad (one of two 2022 expansion teams) made quite a splash yesterday when they announced their name: San Diego Wave FC. While we think it’s pretty gnarly, we can’t help but wonder how the recently rebranded Kansas City Current feel about it?

🏀Basketball: College hoops is partially helping to curb our WNBA withdrawal, but there’s even more good news to hold us over until May. Athletes Unlimited’s inaugural basketball season will begin on January 26th in Las Vegas and 10 new players — including five currently in the WNBA — have signed on. You know this...ballin’.