November 21, 2022
On Friday, the LGPA golf tour announced that players will be awarded $101.4 million in prize money across 33 tournaments in 2023, its largest kitty to date.
Sports BizGolf 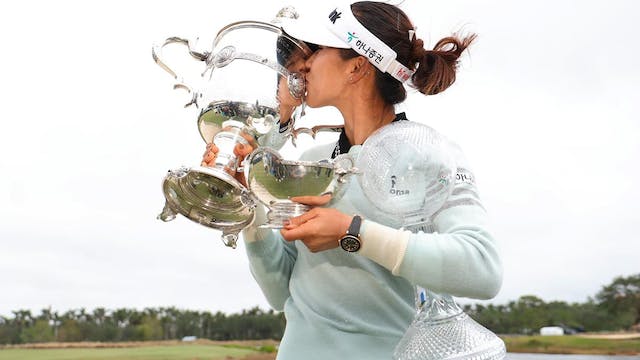 The GIST: The LPGA is flush with cash. On Friday, the golf tour announced that players will be awarded $101.4 million in prize money across 33 tournaments in 2023, its largest kitty to date. Thanks to recent success with corporate partners, the LPGA has continued to steadily increase earnings.

The details: Next year’s number beats the $93.5 million players earned over 32 tournaments in 2022, and may still grow during 2023 if brands follow this year’s pattern. Majors sponsors alone contributed almost $15 million to the pot last year, with several adding after the start of the season.

The context: Business is booming across the board for the LPGA. It signed nearly 1K partners in the last year, with new partners accounting for 18% of deals. New fans are also tuning in — 237K watched the Golf Channel’s January broadcast of the Hilton Grand Vacations Tournament of Champions, marking 32% growth YoY.

Zooming out: Friday’s announcement demonstrates the LPGA’s terrific financial health, but LIV Golf still looms large over the women’s game. If the Saudi-backed tour actually launches a women’s equivalent, it’s unclear if the LPGA will be rich enough to independently compete.