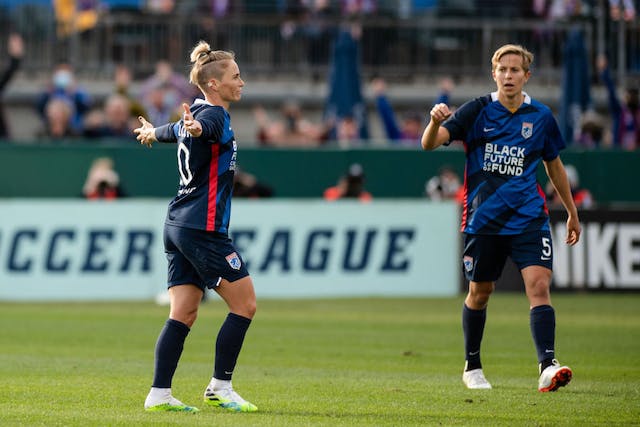 ⚽️NWSL: Before they hand out the championship trophy on Saturday, there are some other awards to announce. NJ/NY Gotham FC’s Caprice Dydasco was named Defender of the Year, while OL Reign pulled in two big awards as Laura Harvey and midfielder Jess Fishlock were named Coach of the Year and league MVP, respectively. Reeling ’em in.

⚾️MLB: Speaking of awards, major hardware is also being dished out in the MLB. We’ll learn which pitchers earn the American League (AL) and National League (NL) Cy Young title tonight, before the AL and NL MVPs are named tomorrow.

⚽️USMNT: The USMNT posted a 1–1 draw against Jamaica during yesterday’s World Cup qualifier, but they still fell to second in the CONCACAF standings. Quick refresher: the top three teams automatically advance to next year’s World Cup in Qatar, and there are only six qualifying games to go. Fingers crossed.

🎓🏀College basketball: Two men’s Duke players — Michael Savarino (coach Mike Krzyzewski’s grandson) and projected No. 1 2022 NBA Draft pick Paolo Banchero — were charged in connection with a DWI ahead of yesterday’s game against Gardner-Webb, but Banchero still played in No. 7 Duke’s 92–52 win. Both players are set to appear in court in early December.