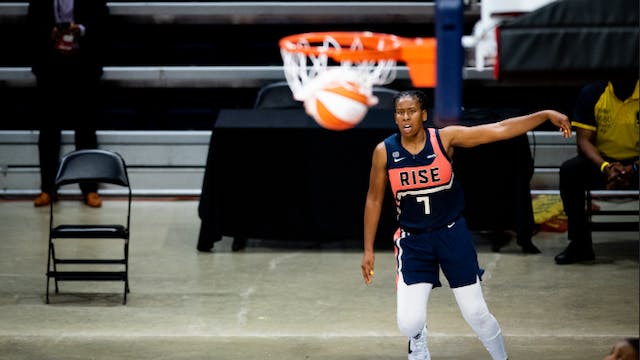 🎓🥎Softball: Unseeded JMU softball hope to take their historic WCWS run into the championship series with a win in today’s elimination game against No. 1 Oklahoma at 4 p.m. ET. The Dukes already upset the Sooners once, what’s one more? Time to smash more homers and lay it all out there.

🏀Mystics: Although the Mystics lost a close 96–93 battle to the Las Vegas Aces on Saturday, there were some positive takeaways: Myisha Hines-Allen delivered a double-double and Ariel Atkins chipped in a career-high 29 points. Natasha Cloud — who dished out 11 assists — said it best: “We're a team that once this clicks, we're a scary f---ing team...” Energy.

⚾️Nationals: The Nats dropped a three-game series to the Philadelphia Phillies with yesterday’s 12–6 loss, collapsing like the netting behind home plate. Womp.

⚽️Spirit: The Spirit sweated it out in a 1–1 draw with the Orlando Pride yesterday. They’ll be back in action on June 19th against the Chicago Red Stars.