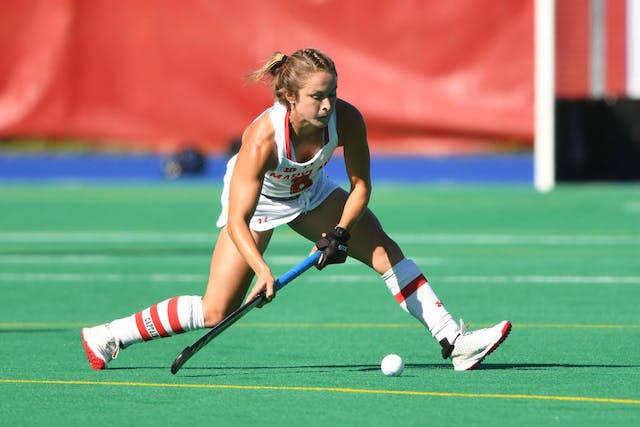 🏑Field hockey: Four’s a party, and we’re so ready to celebrate with a Final Four field hockey doubleheader beginning today at 12 p.m. ET. First, No. 5 Maryland and No. 9 Liberty will duke it out in a battle of the DMV, then No. 7 Northwestern faces No. 12 Harvard at 3 p.m. ET. Winners advance to Sunday’s 2 p.m. ET championship game. No pressure.

⚽️Soccer: In other single-elimination playoff news, the second round of the women’s College Cup tourney is underway, with most second-round games set for later today and trips to the Sweet Sixteen on the line. Here's the full bracket.

🏐Volleyball: Meanwhile, the 64-team women’s playoff volleyball picture will be much clearer after this weekend’s conference championships. Thirty-two squads will automatically qualify over the next two weeks before the selection committee serves up the remaining 32 spots on November 28th.