The Reign couldn’t defeat the Portland Thorns in last night’s edition of the Cascadia rivalry, 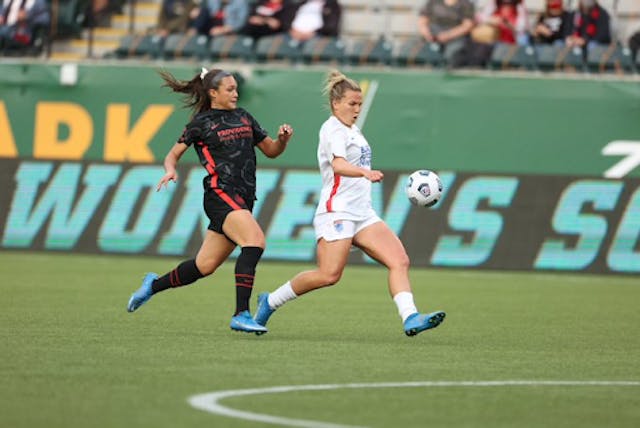 ⚽OL Reign: The Reign couldn’t defeat the Portland Thorns in last night’s edition of the Cascadia rivalry, falling 2–0. We’re not sure why forward Megan Rapinoe and midfielder Jess Fishlock didn’t start the match, but it might have helped if they did. Just saying.

🎓🏐Volleyball: How about those Huskies? After winning another thrilling five-setter on Monday, No. 6 UW — featuring a trio of All-Americans — will face No. 2 Kentucky in the national semifinals tonight at 7 p.m. ET/4 p.m. PT. Don’t stop believing.

⚾Mariners: He’s baaack. After missing the first 17 games with a bone bruise, reigning American League (AL) Rookie of the Year Kyle Lewis made his season debut in Tuesday’s tight loss to the LA Dodgers. His presence will be crucial when the M’s play the Boston Red Sox tonight at 7:10 p.m. ET/4:10 pm PT.

🏈Seahawks: In not-so-good news, new Seahawk defensive end Aldon Smith turned himself in on Tuesday after an arrest warrant for alleged second-degree battery was issued for him on Monday. Smith signed a one-year deal with the Seahawks two days before the alleged incident.