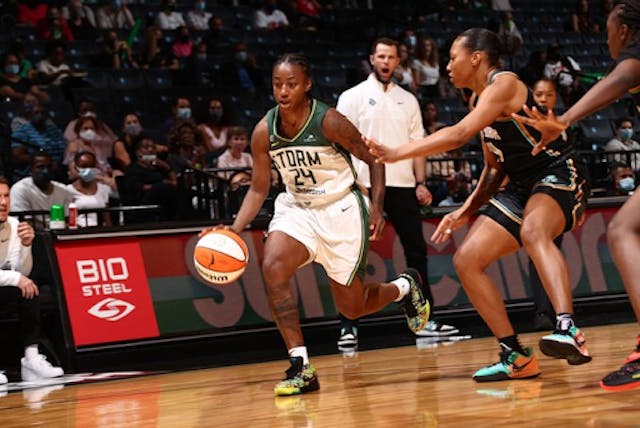 🏈Seahawks: Thank goodness safety Jamal Adams is well aware that mom knows best, signing a four-year, $70 million extension on Tuesday to become the NFL’s highest-paid safety. It sounds unlikely he’ll play in Saturday’s 10 p.m. ET/7 p.m. PT preseason game against the Denver Broncos, but he’s “ready to go win some championships” and so are we.

🏀Storm: Though Jewell Loyd balled out with 35 points last night, the Storm fell 83–79 to the NY Liberty and ex-Storm players Natasha Howard and Sami Whitcomb. That said, the loss comes with an asterisk as our defending champs were playing without Sue Bird and new mom Breanna Stewart for a second straight game.