The GIST: While college basketball was celebrating its opening weekend, the playoff pieces were falling into place for field hockey, football and soccer. 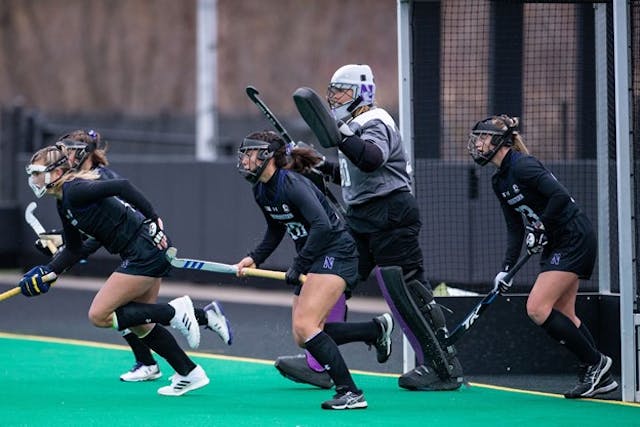 🏑Field hockey: With three-time defending champs North Carolina eliminated in the first round, we’ll have a new NCAA champion for the first time since 2018. It’s all down to Liberty, Maryland, Northwestern and Harvard, and semifinal action is set for Friday. Reaching a fever pitch.

⚽️Soccer: Upsets were the name of the game in fútbol too, as perennial women’s soccer powerhouses North Carolina and UCLA lost their opening round matchups. Thirty-two teams remain and the single-elimination hunt for the College Cup continues on Friday.

🏀Basketball: Not to be outdone by fall playoff action, Gonzaga men's star Drew Timme netted a career-high 37 points in the No. 1 ’Zags 86–74 victory over No. 5 Texas. You mess with the Bull(dogs), you get the ’stache.