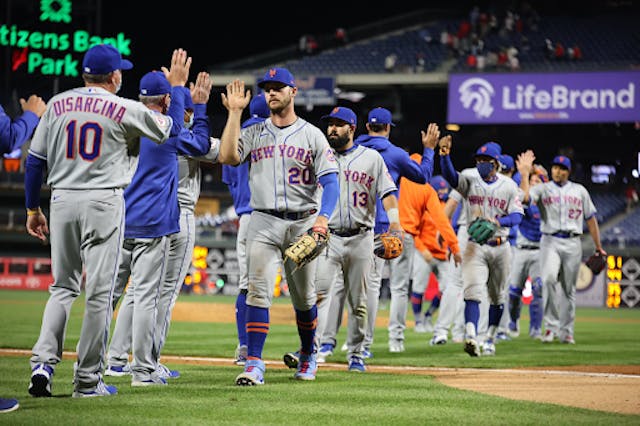 ⚾️Mets: After splitting the first two games with the Philadelphia Phillies, the Mets melted down in the final game of their opening series yesterday, losing 8–2 after the Phillies’ four-run first inning established a lead the Mets couldn’t overcome. Sigh.

🏀NBA: The Knicks and Boston Celtics were neck-and-neck for most of their fun, fast-paced game last night, but the Celtics scraped by with the 101–99 win in the end. Knicks guard RJ Barrett continued his hot streak, shooting a perfect 6-for-6 from behind the arc and leading the team with 29 points. Love to see it.

🏈Jets: ICYMI, the Jets traded quarterback (QB) Sam Darnold to the Carolina Panthers on Tuesday, solidifying the Gang Green’s plan to draft a QB with their second overall pick in this year’s NFL draft. Is it too early to plan a Zach Wilson welcome party?

⚽️NWSL: New York and New Jersey’s NWSL team, formerly known as Sky Blue FC, announced a name change and brand overhaul earlier this week. The team will now be known as Gotham FC and will rock a Batman-esque color scheme. After watching their new hype video, we’re already counting down the days until the bat signal shines over the pitch.