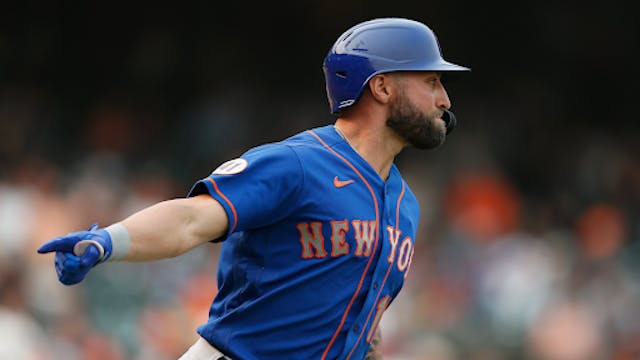 ⚾️MLB: The Mets snapped their five-game skid after they ground out 12 innings to beat the San Francisco Giants 6–2 last night. Kevin Pillar’s three-run homer broke the tie, showing owner Steven Cohen — who complained about his hitters on Twitter yesterday morning — that at least this professional hitter can produce.

🏈Jets: In preparation for their scrimmage against the Green Bay Packers on Saturday, the Jets took training camp to Wisconsin for joint practices with the Pack, thanks, in part, to the head coaches’ close relationship. Hopefully new Jets QB Zach Wilson can learn a thing or two from Green Bay legend Aaron Rodgers (except, you know, the attitude).

🏀Liberty: After trailing by 15 points in the third, the Liberty came back to beat the Sue Bird and Breanna Stewart–less Seattle Storm 83–79 last night. Rookie DiDi Richards’ defense shone, and Betnijah Laney and Rebecca Allen led with 17 points. We stan our Libs.  .