Catch up with what went down in this weekend's NBA, MLB, and NHL playoff series. 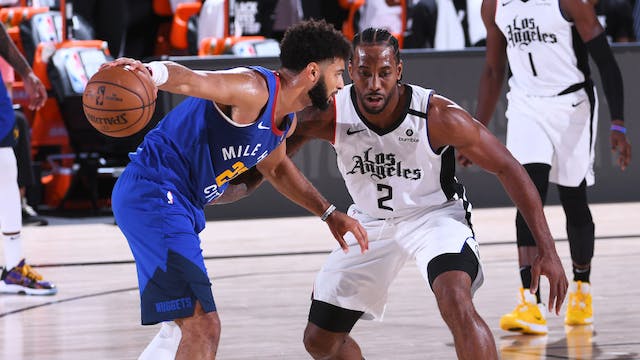 The GIST: Major league playoffs in September are no joke (of course we’re not kidding). Two playoffs are underway and another is just around the corner. Let’s go!

Tell me about the NBA: The conference finals are almost set. The Boston Celtics, who beat the defending champion Toronto Raptors in an up-and-down Game 7 of the Eastern Conference semis on Friday night, will face the Miami Heat, who surprisingly took the league-leading Milwaukee Bucks in five games to advance. This series starts tomorrow night at 6:30 p.m. ET.

And the NHL?: They’re in the thick of the conference finals in the Canadian bubble. On Saturday night, the Dallas Stars rallied for a 2–1 win against the Vegas Golden Knights to bring their series lead to 3-1. Every game is a must-win for the Knights now, including tonight’s Game 5 at 8 p.m. ET. Talk about nerve-wracking.

What about MLB?: Baseball playoffs haven’t started just yet, but we’re close. There are only two weeks left in the stunted regular season, which ends September 27th, and an unprecedented 16 teams (up from 10) will make the postseason.