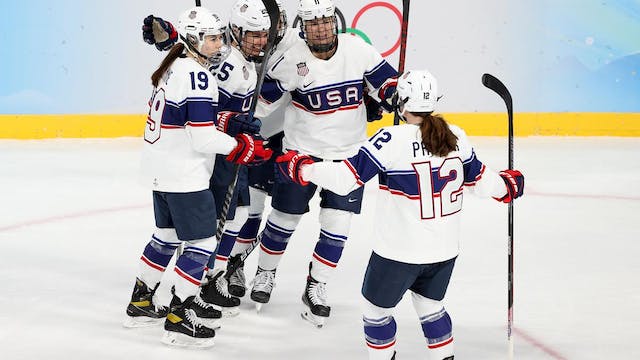 🏒 Women’s hockey: As we mentioned in yesterday’s Olympic preview, Team USA opened their quest for repeat gold with a 5–2 win over Finland yesterday, but they sadly lost star player Brianna Decker in the process.

⛸ Figure skating: One event, one personal best for Nathan Chen. Chen scored a 111.71 (aka the second-highest Olympics score ever) with a nearly flawless routine during last night’s short program team event. Team USA currently leads the team event, with 28 points out of a possible 30. NBD.

🎿 Freestyle skiing: Five Americans — three women and two men — are through to this weekend’s moguls finals, led by Jaelin Kauf, who placed third in last night’s first qualifying round. A not so bumpy ride.