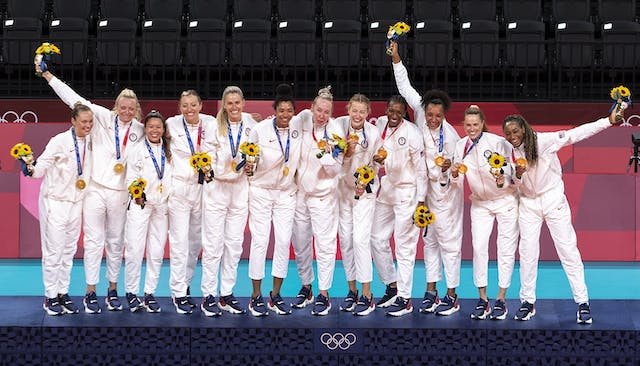 🏐Volleyball: Our women’s indoor team beat Brazil in straight sets to claim their first-ever Olympic gold medal on Sunday. After winning silver in 2008 and 2012, this golden moment, and their coach’s reaction, was even more special.

🏀Basketball: The U.S. men also won hoops gold, avenging their group play loss to France with an 87–82 win in the big game. After surpassing Carmelo Anthony earlier in the tournament to become Team USA’s men’s all-time leading scorer, Kevin Durant is now tied with ’Melo for most men’s Olympic golds with three. See you in Paris, KD?

🏃‍♀️Track & Field: When Molly Seidel ran her first marathon in February 2020, she qualified for the Olympics. When Seidel ran her third marathon on Friday, she won Olympic bronze. Time to dust off those running shoes.