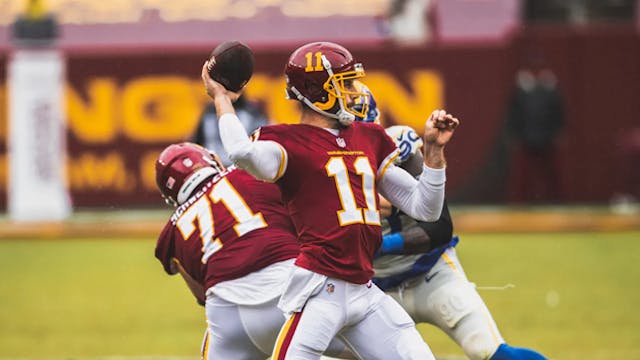 The GIST: With the Washington Football Team (WFT), Capitals and D.C. United making personnel moves, sports in the District are proving the phrase “the only constant in life is change” true.

🏈Do the QB shuffle: The WFT quarterback (QB) situation keeps evolving. After starting four games, QB Dwayne Haskins was benched in favor of Kyle Allen. However, after a — let’s not sugarcoat it — horrible half, comeback kid Alex Smith took over.

🏒Top shelf, where momma hides the cookies: It’s official: Henrik Lundqvist signed with the District. In addition to snagging the former NY Rangers goaltender, the Capitals also addressed their needs on defense. Intriguing.

⚽️End of an era: After 10 years at the helm, United’s head coach Ben Olsen was fired on Thursday. The Black-and-Red sit dead last in the MLS standings, so this move was sad, but unsurprising. Olsen starred for United in his playing days, and may stay with the organization, just in a different role.