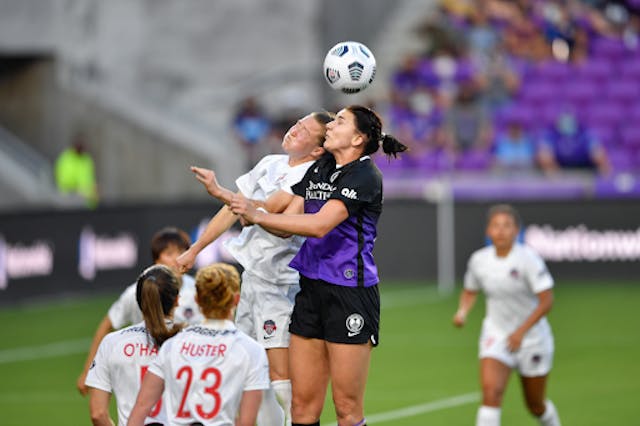 ⚽️Spirit: Despite putting on the pressure, the Spirit took an L on the pitch and in the kit design to the Orlando Pride last night. Refs, we are not-so-politely asking you to give defender Kelley O’Hara her goal back...and while you’re at it, how about fewer yellow cards?

🏀Wizards: Fans in Capital One Arena — including future UConn basketball teammates Azzi Fudd and Paige Bueckers (pronounced BECK-ers) — were treated to a show last night when the Wizards held off the Golden State Warriors 118–114 in a wild finish. Our hearts are still racing.

⚾️Nationals: The Nats won two of three games against the St. Louis Cardinals this week, wrapping up the series with a 1–0 win yesterday. Even without star outfielder Juan Soto — who was placed on the injured list on Tuesday with a shoulder strain — the Nats are stayin’ alive.