September 08, 2022
So you know what an NFT is, and you know how to engage with Top Shot to own the best digital collectibles celebrating the WNBA and the NBA.
Sports News 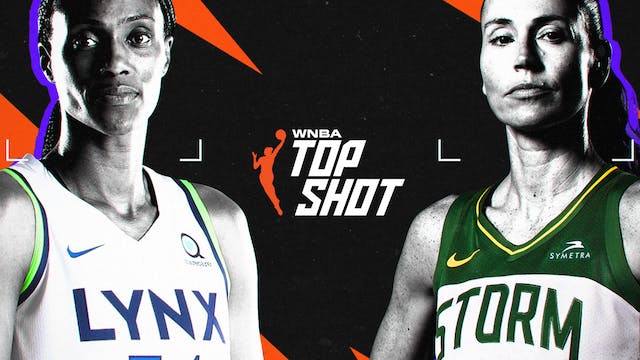 So you know what an NFT is, and you know how to engage with Top Shot to own the best digital collectibles celebrating the WNBA and the NBA. And now? It’s time to get in on the action of memorializing two of the game’s best, Sue Bird and Sylvia Fowles.

Fowles is now the cover athlete of the Metallic Gold Limited Edition Set, a classification reserved only for Top Shot’s cream of the crop. The pack serves as a highlight reel of the 2022 WNBA regular season, featuring 25 Moments (digital highlights) from the league’s best players.

As for the one and only Bird, Top Shot’s honoring the league’s all-time assist leader with the Game Recognize Game pack, a first-of-its-kind collector’s item on the platform.

Dapper Labs — Top Shot’s parent company — is also paying tribute to the icons by donating a percentage of their revenue from sales of Moments featuring Sue Bird and Sylvia Fowles to the National Women's Law Center. Up to $100K will go towards the organization’s efforts to champion gender equality, a cause backed by both Bird and Fowles. NFTs for a better world.

Players aren’t just creating exclusive content, though — several WNBA standouts are active users on Top Shot. DeShields, Crystal Dangerfield, Emily Engstle and Tiffany Mitchell are all certified Top Shot users, and the group is joined by retired stars Lisa Leslie and Renee Montgomery. It’s all about the company you keep.

The fun doesn’t have to stop on Top Shot’s website, though. A community of collectors is using social media as a digital water cooler for all things WNBA and NFTs. Make a few new friends by following @WNBATopShot on Twitter and @wnbatopshot on Instagram.

And the timing couldn’t be better to join Top Shot’s Instagram community. It’s easier than ever to show off your digital collectibles on Instagram thanks to the social media platform’s new NFT display feature, which is being rolled out over the coming weeks and months in more than 100 countries.

The feature now supports Flow – the blockchain, or digital ledger, that Top Shot is built on – and crypto wallet Dapper for a seamless link between your NFT wallet and your Instagram account. To get started, visit your Instagram “Settings” and click “Digital Collectibles” to select Dapper as your wallet of choice. Sign into your Dapper account when prompted and the connection is complete.