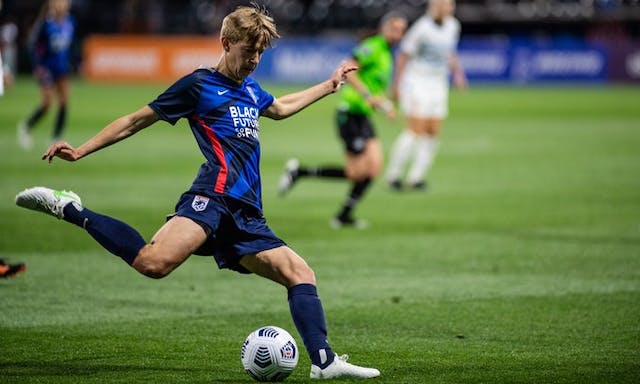 ⚾️Mariners: The Mariners tried to stage a late comeback, but lost 8–3 to the Toronto Blue Jays yesterday. That said, the M’s still won the series 2-1, thanks to Friday’s thrilling walk-off walk win and back-to-back home runs on Saturday. Beautiful.

🏀Storm: As we mentioned, the Storm — sans Sue Bird and Breanna Stewart, who sat out for well-deserved rest — lost 87–85 to the Chicago Sky yesterday in overtime (OT) after Jewell Loyd missed the game-tying layup to force the second OT. At least this game didn’t have $30,000 on the line. *winks*

⚽️OL Reign: On a recent episode of The GIST of It, we discussed the media misgendering non-binary athletes. Unfortunately, it happened again during Saturday’s NWSL broadcast.

The announcer later apologized but the damage was already done. We have to be better.