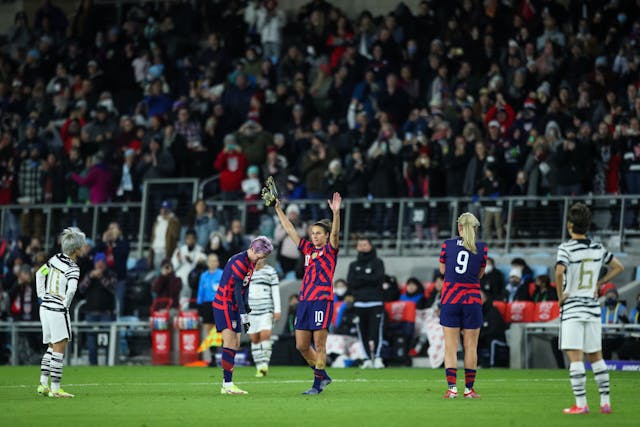 ⚽️USWNT: In the final game of Carli Lloyd’s incredible 17-year USWNT career, her teammates stepped up to send her off with a win. Lindsey Horan (who will wear Lloyd’s No. 10 in the future) opened the scoring in the ninth minute of the squad’s 6–0 victory over South Korea. What a sendoff.

⚽️NWSL: New stadium, who dis? Kansas City NWSL (who’ll finally have a permanent name on Saturday) plans to build a $70 million, 11,000 seat stadium — the first top-division facility built specifically for a NWSL team — with opening slated for 2024. The countdown is on.

🇺🇸🏒Hockey: Don’t panic, but Team USA women’s hockey lost to Team Canada for the fourth straight game on Monday, in their second of nine exhibition games against each other. And as if this rivalry wasn’t already spicy enough, the squads exchanged words (and punches!) post game. Now we’ll wait until November 21st to watch them hunt for redemption.