The latest headlines in women's sports 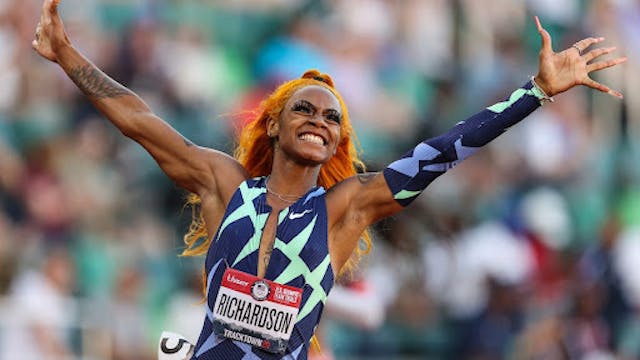 🏃‍♀️Track & Field: If, like us, you’re missing Olympic T&F action, we have just the fix. The Prefontaine Classic begins tomorrow and will feature top athletes such as Dutch long-distance runner Sifan Hassan, who will be looking to take down the 5,000m world record after winning three Olympic medals in Tokyo.

⛳️LPGA: The British Open — the final major of the year — starts today, but the organizers made a big announcement yesterday: the prize pool was increased to a record-setting $5.8 million. While last year’s winner, Sophia Popov, took home $675K this year’s champ will receive $870K. Pay women, goshdarnit.

🏒Hockey: As if we weren’t already hyped for the Women’s Hockey World Championships, Team USA routed Russia 6–0 in yesterday’s pre-tournament game. HYFR. Keep an eye out for a special edition newsletter from us before the puck drops for Team USA’s first real game vs. Switzerland, tomorrow at 9:30 p.m. ET.

🏀WNBA: While the league’s top teams continue to jockey for first place, their stars are adding their names to the record books. The Connecticut Sun’s Jonquel Jones and the Las Vegas Aces’ A’ja Wilson both netted their 2,000th career point on Tuesday, with defending MVP Wilson becoming the fifth-fastest player to reach the milestone. Count it.