Despite Russell Westbrook’s best efforts, the Wizards lost a 125–124 heartbreaker to the Dallas Mavericks on Saturday 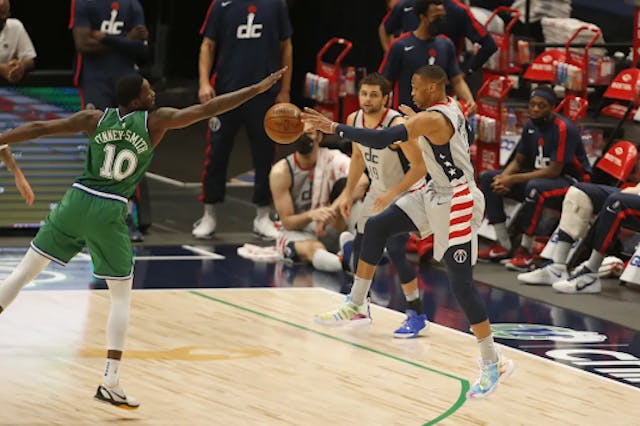 🏀Wizards: Despite Russell Westbrook’s best efforts, the Wizards lost a 125–124 heartbreaker to the Dallas Mavericks on Saturday. The Wiz will need to shake it off in tonight’s 7 p.m. ET matchup against the Indiana Pacers.

🏒Capitals: The Caps lost twice to the Pittsburgh Penguins — falling in overtime on Thursday before being shut out on Saturday — but still clinched a playoff spot by earning a point on Thursday (overtime loss) and the New York Rangers losing in regulation. Considering captain Alex Ovechkin and top defenseman John Carlson missed both contests with lower-body injuries, we’ll take it.

⚾️Nationals: The Caps’ rally helmet is proving to be good luck for the Nats. Our baseball boys swept Kim Ng’s (pronounced ANG) Miami Marlins over the weekend, with Nat ace Max Scherzer pitching a complete game yesterday to lift the Nats to a tie for the National League (NL) East lead...and then head straight to the hospital for the birth of his third child. All in a day’s work.