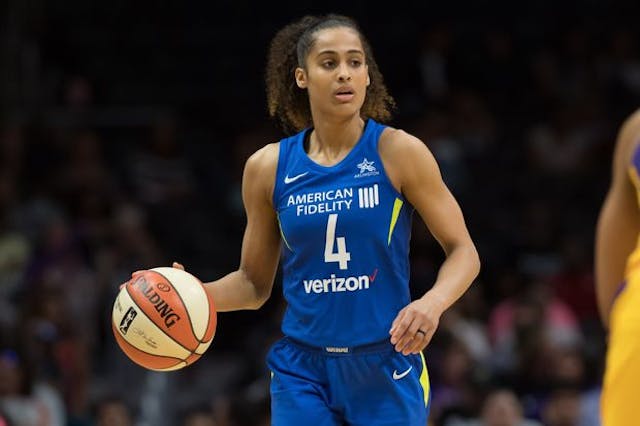 NHL: It was a scary scene in Anaheim on Tuesday night when St. Louis Blues defenceman Jay Bouwmeester suffered a cardiac episode while on the bench during a game against the Ducks. Bouwmeester’s teammates noticed him collapse and called for the team’s training and medical staff.

Gymnastics: A basketball analyst is in big trouble (and rightfully so) after making an inappropriate comment on-air. Barry Booker, who commentates on the SEC Network, said he’d like to spend Valentine’s Day watching “scantily clad women,” in reference to the gymnasts participating in this weekend’s NCAA tournament.

NFL: Yesterday the NFL announced that Cleveland Browns pass rusher Myles Garrett will be reinstated from his indefinite suspension — the “indefinite” only lasting six games — for smacking Pittsburgh Steeler Mason Rudolph in the head with his own helmet during a game in November. The NFL’s not exactly known for sticking to harsh punishments, so despite the controversial response, we’re not surprised about this one.