Philadelphia: All I need to get by

This Week from the Flyers, Sixers, Phillies 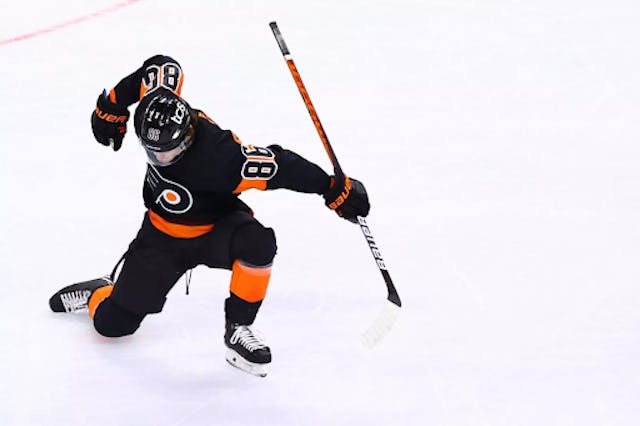 🏒The Flyers’ triple: After his team barely skirted the New York Islanders in overtime on Saturday, Flyers left winger Joel Farabee came out with a vengeance, scoring three goals in the first two periods last night.

🏀The Sixers’ talent: The Sixers topped the Indiana Pacers last night, winning 119–110. But lately, 15-year-old fan Sadie — who blesses Twitter with her piano rendition of “Here Come the Sixers” after big wins — has been stealing the spotlight. She’s received love from other fans and players, and is spreading the joy of sports across the internet. Again: kids these days!

⚾️The Phillies’ team: The Phillies re-signed shortstop Didi Gregorious to a two-year deal over the weekend. Gregorious, who hit 10 home runs in last year’s shortened season, is just the latest free agent the front office has locked down this offseason. Lefty pitcher Matt Moore also re-signed this weekend, collecting three million dollars from the large stack of cash the Phillies are throwing at players.