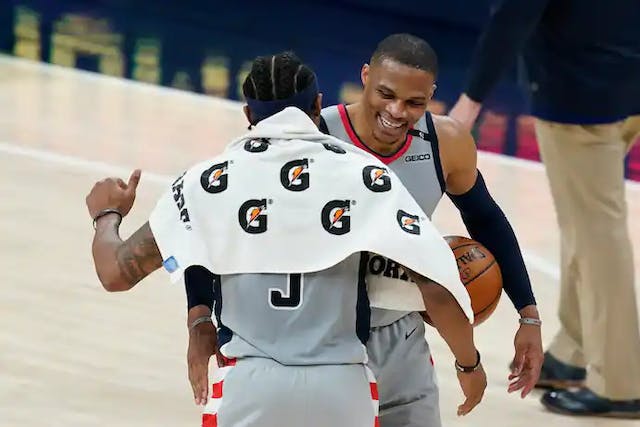 🏀Wizards: The Wizards, and more specifically Russell Westbrook, are too hot to handle. Westbrook was a man on a mission in the Wizards’ overtime win over the Indiana Pacers on Saturday, helping the Wiz climb to ninth in the Eastern Conference with the game-winning block and earning his 181st career triple-double to tie the NBA record. Bam.

🏒Capitals: The Caps picked up an overtime win of their own on Saturday, securing the second seed in the East Division in the process. They close out the regular season tomorrow at 7 p.m. ET against the Boston Bruins, who could be the Caps’ first-round playoff opponent.