The GIST: Not over Baylor’s dominant performance on Monday? Neither are we. And while the Mavs couldn’t keep up the luck on the hardwood, the Rangers and Cowboys are giving us plenty to celebrate. 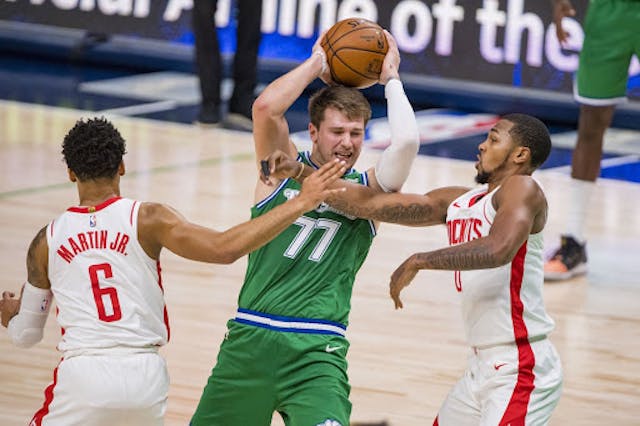 🏀Mavericks: Kristaps Porzingis poured in a double-double, but it wasn’t enough to lift the Mavs, as they fell 102–93 to the Houston Rockets last night, snapping their five-game win streak. They’ll face another challenge in tonight’s 9 p.m. ET/8 p.m. CT tilt with two-time reigning MVP Giannis Antetokounmpo (pronounced YONNIS ANDEDO-KOONPO) and the Milwaukee Bucks.

🏈Cowboys: Talk about a sight for sore eyes. Quarterback Dak Prescott is back on the gridiron and looking strong after he suffered a season-ending ankle injury in Week 5 last season. Is it September yet?