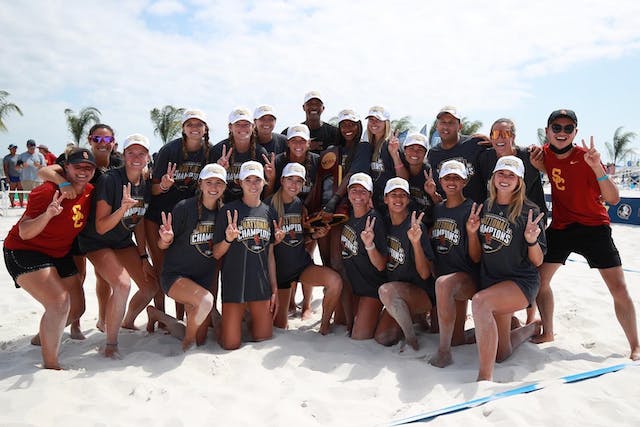 🎓🏐Beach volleyball: Death, taxes and USC battling UCLA for the NCAA beach volleyball championship. The Trojans won their third NCAA title yesterday, dethroning their crosstown rivals in the process. How sweet it is.

🏀Lakers: The extremely dinged-up Lakers managed to beat the second-in-the-West Phoenix Suns 123–110 last night. But the win didn’t change the standings: with four games remaining, the Lakers are still stuck in seventh and appear destined for the play-in tournament. Ugh.

Sparks: The Sparks made moves ahead of Friday’s season opener, acquiring Gabby Williams from the Chicago Sky yesterday. However, Williams won’t suit up for LA this season, even after she likely plays for France at the Tokyo Olympics.

⚾️MLB: The Angels claimed the first Freeway Series of the season with yesterday’s 2–1 win over the Dodgers. From moments of painful hilarity to the Dodgers almost blowing a 13–0 lead on Saturday, this series had it all (well, not Albert Pujols though).