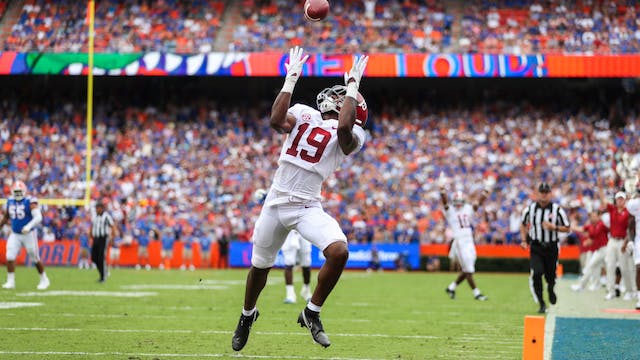 🎓🏈College football: Week 3 saw plenty of chaos, and the movement in the newly released AP Top 25 poll sure reflected it. After holding on to a narrow 31–29 road victory over Florida, Alabama extended their 17-game win streak and maintained the top spot.

⚾️MLB: We’re a little under two weeks from the final day of the regular season, and tempers are already flaring. The American League (AL) Wild Card race is tightening, with three AL East teams battling for two spots. And over in the National League, the Milwaukee Brewers clinched their fourth consecutive playoff berth with a win on Saturday.

🏉Rugby 7s: Over the weekend, Team USA women’s rugby advanced to the finals of the first half of the World Rugby Sevens Series before falling 34–12 to Great Britain, the squad that ousted them from the Olympics this summer. The second leg of the tourney is slated for next weekend, and revenge is a dish best served cold.