New York: What rhymes with Rockettes?

The GIST: The Nets, Jets, and Mets! There’s a lot going on in New York this week, so let’s dive in. 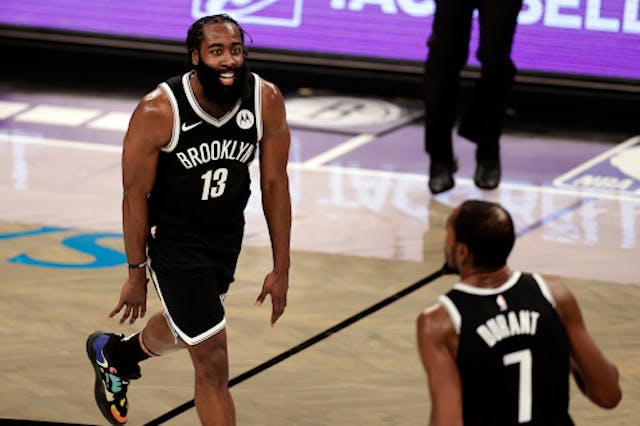 🏀Nets: Fans finally saw Kevin Durant, James Harden, and Kyrie Irving on the court together last night, but it wasn’t exactly domination: they dropped their debut 147–135 to the Cleveland Cavaliers in double-overtime. Even though KD and Irving each recorded more than 35 points, it wasn’t enough to overcome Cleveland point guard Collin Sexton, who scored 20 of the Cavs’ last 23 points to win it. We see you.

🏈Jets: Last week the Jets hired Robert Saleh to replace Adam Gase as their head coach. Saleh is coming off four seasons as the San Francisco 49ers’ defensive coordinator and will be the first Muslim American head coach in the league. Break those barriers!

⚾️Mets: ICYMI, the Mets fired general manager Jared Porter on Tuesday for sending unsolicited explicit text messages and images to a female reporter during his time with the Chicago Cubs in 2016. Good riddance. Check out this week’s episode of our pod, The GIST of It, starting at minute 16:15, for more.