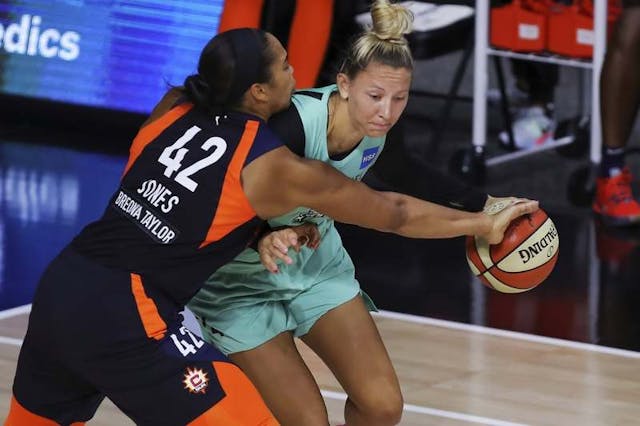 🏀Liberty: In yesterday’s final game ahead of the Olympic break, the Liberty lost 71–54 to the Connecticut Sun. Though Kylee Shook and Michaela Onyenwere lead the team with 16 and 12 points, respectively, Sabrina Ionescu scored zero points in 21 minutes played — not the young star’s typical stat line. Sigh.

⚾️MLB: The Yankees lost 8–7 to the Houston Astros yesterday, but thanks to their earlier triumphs — including pitcher Gerrit Cole only allowing three hits (!!!) in Saturday’s 1–0 win — the Pinstripes still took home the 2-1 series victory. That NY state of mind.