The GIST: The Sky are surging but the Cubs and Sox are flailing. Clearly women are running Chicago this weekend. As per. 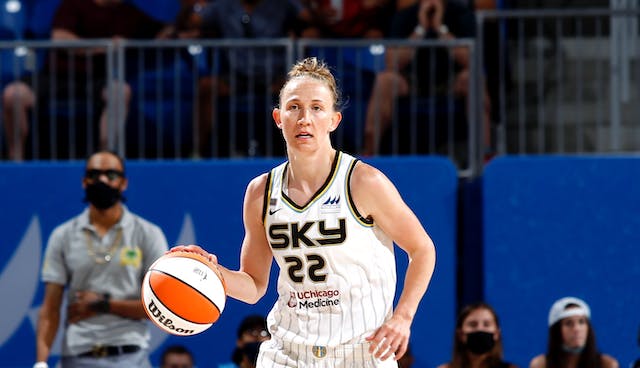 🏀Sky: Much like the city’s forecast, the Sky have been on a hot streak since Chicago style icon Candace Parker returned from an ankle injury; with the power forward on the court, the squad has won five straight. They took two off the conference-leading (but Jonquel Jones-less) Connecticut Sun last week, beating them 81–75 on Thursday and 91–81 on Saturday.

⚾️MLB: Even though both Chicago baseball teams sit atop their divisions, it certainly didn’t feel like it this weekend. The White Sox were swept by the Houston Astros, and it was not pretty. The South Siders couldn’t handle the actual South and were outscored 27–8 over four games in Houston.

⚽️Soccer: The Red Stars’ Saturday match with the Washington Spirit came to a 1–1 draw; Fire FC lost to the Columbus Crew 2–0 on Saturday.