Boston: Don’t call it a comeback

The GIST: While we mourn what would have been an epic (and actually socially distanced) Duck Boat parade, we can still celebrate some good news here on the hardwood and ice. BTW, whose mans is this? 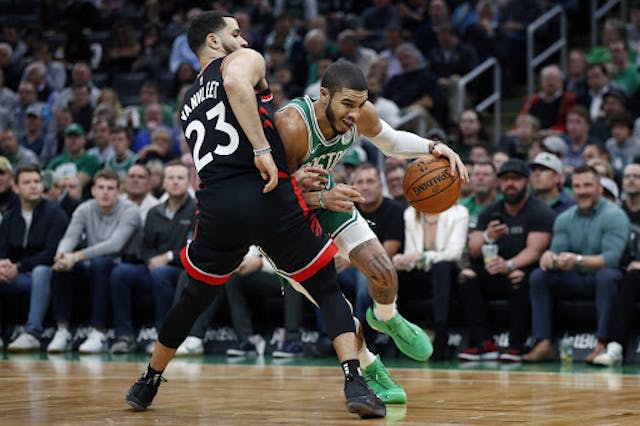 🏀Celtics: The C’s suffered a tough 122–108 loss to the Utah Jazz on Tuesday, and Jaylen Brown was (unsurprisingly) not too happy about it. The good news? The Celtics will be back home and close to full strength for their big game tonight at 7:30 p.m. ET against the Toronto Raptors.

🏒Bruins: Brad Marchand called game. He netted the game-winner thirty seconds into overtime, lifting the B’s to a clutch 3–2 victory over the New York Rangers last night. They’ll ride that momentum into tomorrow’s 7 p.m. ET rematch. Bring it on.

⚾️Red Sox: Say it ain’t so. On the eve of the one-year anniversary of the blockbuster Mookie Betts trade being finalized, the Red Sox traded fan-favorite outfielder Andrew Benintendi to the Kansas City Royals. Wake us up when the nightmare is over.