This Week in Golf, Baseball, and College Football 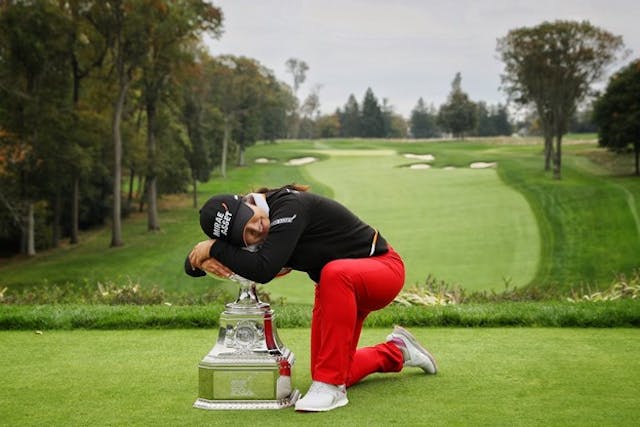 ⛳️LPGA: Sei Young Kim captured her first career major, shooting 14-under-par (!!!) at the KPMG Women’s PGA Championship. Kim absolutely dominated the tournament, finishing five strokes ahead of the runner-up. Not even a late alarm could stop her!

⚾️MLB: And then there were four. The best-of-seven league championship series (ALCS for the American League, NLCS for the National League) began last night, with four teams now in the hunt for a  World Series berth. In Game 1 of the ALCS, the Tampa Bay Rays took an early 1-0 series lead over the Houston Astros.

🏈College Football: Week 6 of college football action brought some wild upsets. Most notably, No. 22 Texas fell to previously unranked Oklahoma in a game that took four overtimes (!!!) to be decided. Also, with all of those upsets, defending national champion LSU dropped from the Top 25 rankings for the first time since 2017. Womp womp.

Reminder: the Big Ten will join the action in just under two weeks, with the Pac-12 following soon after. Expect more thrillers in the weeks to come.