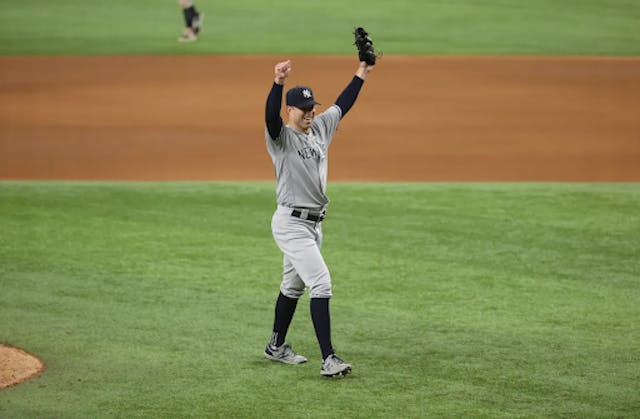 ⚾️Yankees: The Yankees beat the Texas Rangers 2–0 last night thanks to Corey Kluber’s no-hitter — the first thrown by a Yank since 1999 (!!!) and only the 12th in franchise history.

🏒Islanders: After losing 2–1 to the Pittsburgh Penguins on Tuesday, the best-of-seven series is all tied up at 1-1. The good news? Islander goalie Semyon Varlamov finally returned to the ice. The bad news? He was rusty...it took just three minutes for the Pens to score. Sigh.

⚾️Mets: While the Mets’ series with the Atlanta Braves ended with a 5–4 loss last night, the aforementioned damage to Pillar’s face will last much longer — the 95 mph fastball’s impact caused multiple fractures in his nose. Thankfully, the beloved veteran said on Tuesday that he feels good and will be back doing what he loves soon enough.

🏀Liberty: The Liberty beat the Minnesota Lynx 86–75 on Tuesday, earning their third straight victory (which is already more than their total number of wins last season). Besides Ionescu’s aforementioned record-breaking performance, our girl Betnijah Laney held it down again with 20 points. The Nets may have a Big Three, but the Libs got a damn good duo.