Boston: Hate us ’cause they ain’t us

This Week from the Patriots, Pride, Celtics 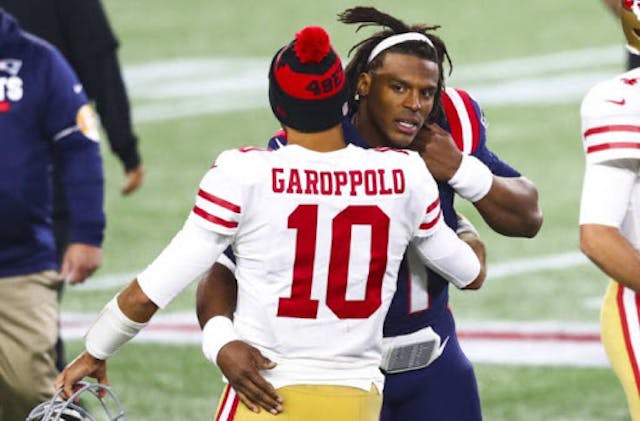 🏈Patriots: Matthew Stafford, one of the Pats’ potential QB options, is officially off the table and pouring salt in the wound by making it clear he was never interested in playing for New England. Ouch. Tough pill to swallow, but now the Pats need to lock down a new QB ASAP.

🏒Pride: Despite a slow start in the NWHL bubble, the Pride found their stride when it mattered most, downing the Buffalo Beauts 6–0 yesterday to stave off elimination and force a decisive Game 3 tonight at 8:30 p.m. ET. Winner advances to Thursday’s nationally televised semifinals, loser packs their bags. Get hyped.

🏀Celtics: They put up a tough fight, but the C’s couldn’t top King James and the LA Lakers, falling 96–95 on Saturday night. To make matters worse — after just one full game with the starting lineup at full strength — the Celtics took another L, as guard Marcus Smart is expected to miss two to three weeks with a calf injury. You hate to see it.