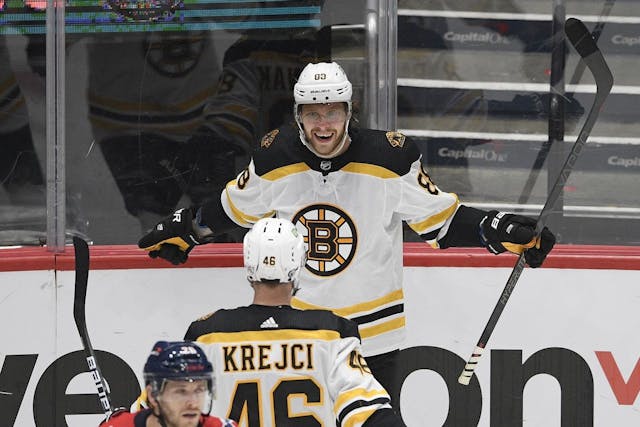 🏒Bruins: East Division finals here we come! Patrice Bergeron scored twice while David Pastrňák added a goal and an assist in yesterday’s 3–1 Game 5 win over the Washington Capitals, sending Boston to the second round. Now the B’s can sit back and relax while they wait for the NY Islanders and Pittsburgh Penguins to wrap up their (currently tied) series. On to the next one.

🏀Celtics: The bad news? The C’s lost 104–93 to the Brooklyn Nets on Saturday, who took an early 1-0 series lead. The good news? Boston — led by Robert Williams III’s setting of a franchise playoff record for blocked shots with nine — looked stronger than expected against a stacked Brooklyn offense. Time Lord reigns supreme.

⚾️Red Sox: Sure, the Sox couldn’t pull off the series sweep, falling 6–2 to the Philadelphia Phillies yesterday, but we’re still smiling because ace Chris Sale (who’s rehabbing from Tommy John surgery) “feels like a pitcher again” after throwing off a mound this weekend. Counting down the days ’til his return.