The GIST: What do you get when your NHL team didn’t make the postseason, your NBA team lost in the second round and your city still doesn’t have a WNBA or NWSL team? Regular season baseball. *winks* 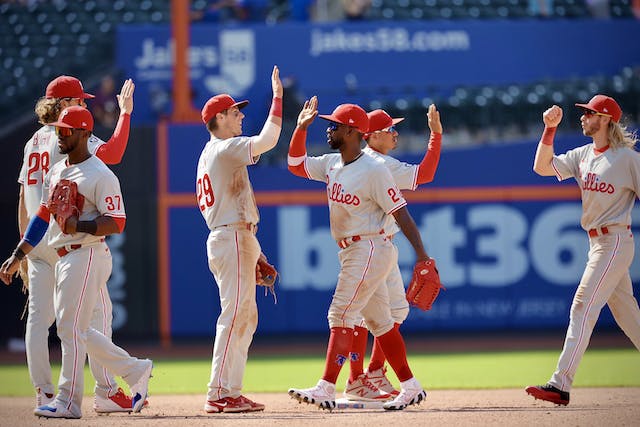 ⚾️Phillies: The Phillies beat the NY Mets 4–2 yesterday, splitting their series with two wins each. The highlight? Fightin’ Phils pitcher Zack Wheeler tossed seven scoreless innings against his former team, tying Cleveland’s Shane Bieber for the most strikeouts this season.

⚽️Union: Though things didn’t start off well...no seriously, Union defender Jakob Glesnes scored an own-goal just two minutes in, the Union bounced back to tie Chicago Fire FC 3–3 on Saturday. The Union goals were scored by Quinn Sullivan’s bicycle kick, Cory Burke and Chicago’s Boris Sekulić, who returned the favor with an own-goal in the 79th minute. TYSM.

Philly has dropped to No. 3 in the East and will next face Nashville SC on Saturday at 8 p.m. ET. Maybe this time we’ll avoid scoring on ourselves. *laughs nervously*