Wimbledon to conclude this weekend 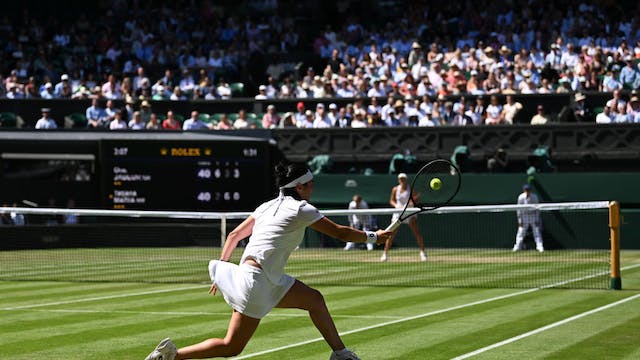 The GIST: After two weeks of fun, tennis’ third Grand Slam of the year will come to a close this weekend. But one big name won’t be in contention following a stunning resignation — no, not that one — in London yesterday.

Men’s singles: And then there were…three? After advancing to the semis with Wednesday’s marathon quarter-final win over No. 11 Taylor Fritz, No. 2 Rafael Nadal was forced to withdraw from the tourney yesterday due to an abdominal tear, ending his quest for a second straight major title and sending Nick Kyrgios straight through to Sunday’s 9 a.m. ET final. Heartbreaking.

Women’s singles: History will be made when No. 3 Ons Jabeur and No. 17 Elena Rybakina meet in tomorrow’s 9 a.m. ET final. Jabeur took down her bestie Tatjana Maria in yesterday’s semis and will become the first Arab and first African woman to appear in a Grand Slam final.